Undoubtedly the highlight of this year’s New York Toy Fair was Mezco’s NYTF exclusive black and white variant of their One:12 Dark Knight Returns figure. We’ve already talked about the figure, but we hadn’t seen it in person prior to this weekend, and for a collectible like this, seeing is believing. 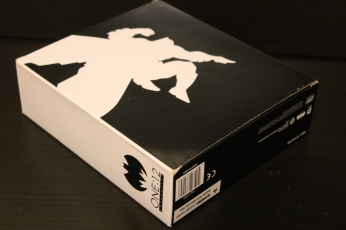 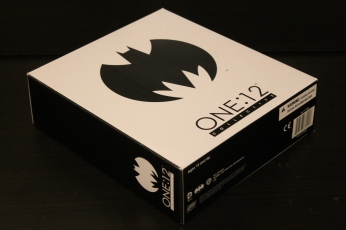 From even your first look at the box, the presentation and aesthetic of this figure are spot-on. Both the Bat-signal and the silhouette of the Dark Knight in his iconic jump pose from Miller’s masterpiece get you perfectly primed to experience what may very well be the best Batman figure of its kind. 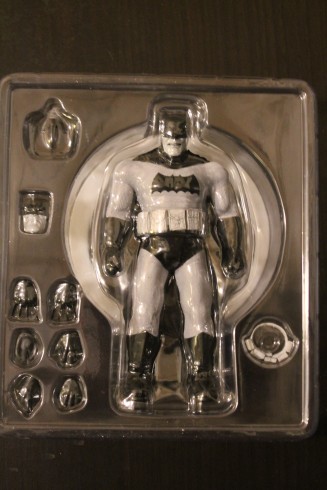 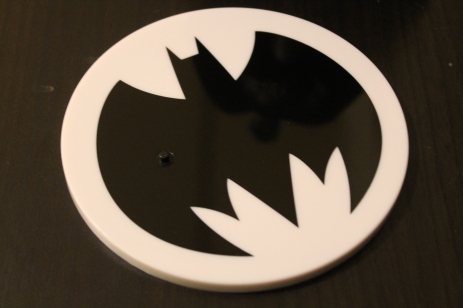 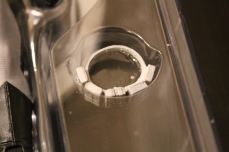 As you open the box, the Dark Knight’s grim countenance stares back at you snarling (from both the figure’s attached and extra head), and you behold a multitude of alternate pieces and accessories. The standard edition of the figure comes with the following (though the special Toy Fair black and white variant we have does not):

This vast array of accessories and interchangeable pieces can be used to re-pose the figure in a wide variety of stances and dramatic positions– and we naturally had a blast testing out as many as we could think of! 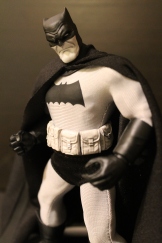 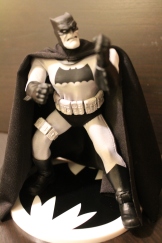 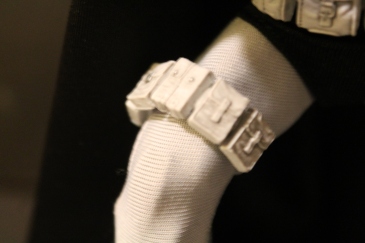 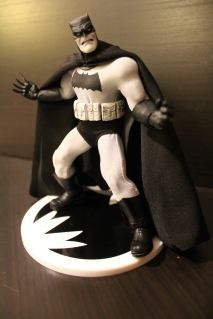 The Mezco Toyz Dark Knight Returns One:12 figure is an incredibly faithful recreation of Frank Miller’s immortal vision of the character, with intense attention to detail, beautifully crafted cloth attire and cape, and fantastic accessories/alternate pieces. By far the most incredible thing about this figure, though, is how well it stands up to its comic counterpart. We tested out just how accurately Mezco captured the spirit and power of Miller’s Batman and, well, see for yourself…

This figure’s quality shines through in every detail, from the tiny snaps on Batman’s utility belt to the finely-crafted cloth Batsuit and cape, and beyond. If you’re an avid Bat-fan and collector (and especially if you love Frank Miller’s work), the Dark Knight Returns One:12 figure by MezcoToyz is definitely the figure for you.