Whether you got Lego Batman 3: Beyond Gotham at launch back in November, over the holiday season (or somewhere in between!) chances are you can’t get enough of this great game. Well you’re in luck! The Lego Batman 3: Beyond Gotham Season Pass is perfect for you, bringing you 6 new DLC (downloadable content) packs loaded with extra achievements/trophies, characters, vehicles, and more for just $15! Let’s take a look at what’s included in this pass: 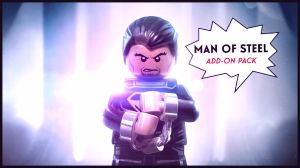 The Man of Steel Pack

Based on the summer 2013 hit, the Man of Steel Pack offers all of the action and excitement that the movie had to offer! Including characters like General Zod, Man of Steel Superman, Jor-El, and more, this pack is perfect for Superman fans and folks anticipating the upcoming Batman v. Superman: Dawn of Justice.

Finally, you can celebrate the 75th Anniversary of Batman like only Lego can– with a party in the Bat’s honor crashed by none other than the Joker and Harley Quinn! In addition to this raucous romp through the Caped Crusader’s anniversary bash, you’ll get a few vehicles and a set of characters that epitomize Batman’s most iconic interpretations throughout the years, from Vampire Batman to The Brave and the Bold. 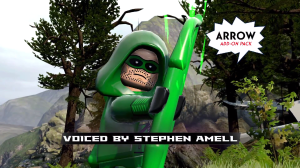 There’s still plenty more content available in the Lego Batman 3: Beyond Gotham Season Pass– with three new included DLC Packs on the way in 2015! Those three (because I know you’re curious) are Arrow, based on the hit TV show, Bizarro World, which will focus on Superman and the Justice League’s twisted counterparts, and The Squad, an adaptation of the antihero group The Suicide Squad (soon to be the stars of a feature film release!)

One thought on “Lego Batman 3: Beyond Gotham Season Pass Review”