With EGX (that’s Eurogamer Expo, for those of you not in the know) having just passed and New York Comic-Con right around the corner, we’re in a perfect place to learn some new info about the upcoming Lego Batman 3: Beyond Gotham, namely some new characters! The game’s Twitter page revealed recently that the villainous Deathstroke, Deadshot, and Polka Dot Man will be playable in Lego Batman 3, as well as comic book and pop culture icons Kevin Smith (Clerks, Mallrats) and Geoff Johns (Chief Creative Officer at DC Comics) as themselves, and Stephen Amell (Arrow) as Green Arrow. 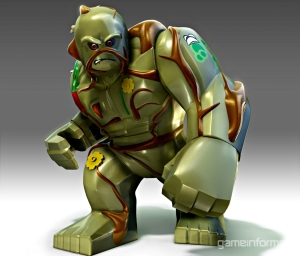 In addition to all these announcements, GameInformer reported today that Swamp Thing and Detective Chimp will also be playable in Lego Batman 3. Check out our gallery below to get a glimpse at these eight new characters!