For those of you clamoring for more villains on Gotham, your call has been answered. A new trailer for the full first season of the show was recently released on Gotham‘s YouTube channel, and it’s got almost everything fans have been after. Action, villains (namely Victor Zsasz and Professor Pyg), and some mounting tension around Penguin’s rise to power (and Fish Mooney’s struggle against Falcone)– if this trailer is any indication, we’re in for a great first season of Gotham!

The trailer also included a list of the upcoming episode titles, which can be seen below: 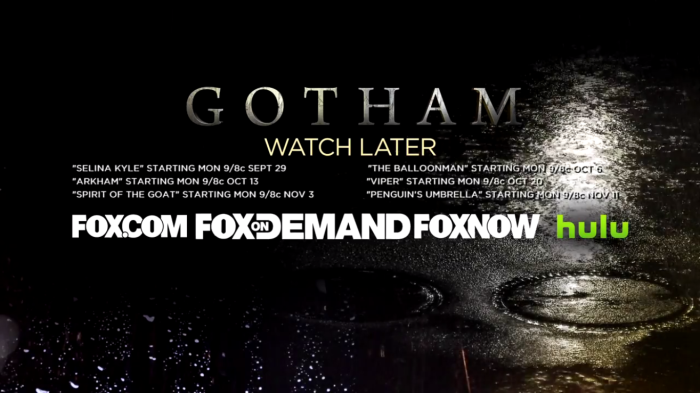 Gotham airs on Monday nights at 8/7c on Fox.