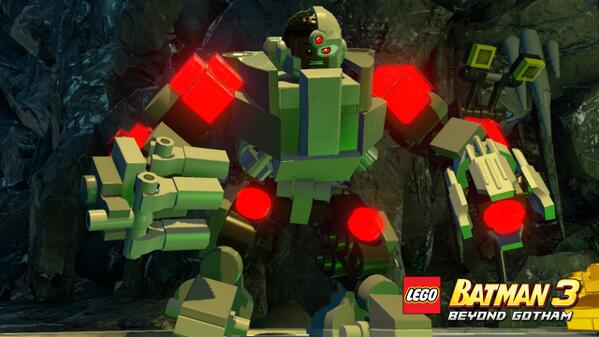 Though Lego had already mentioned that we’d see big figures like Solomon Grundy and Killer Croc in this fall’s Lego Batman 3: Beyond Gotham, I don’t think anybody expected that Cyborg would be among them! But as the above picture shows, the Justice League (and Teen Titans!) member has hit the big leagues for the new game. What powers do you think this new iteration of Cyborg will have? And what other new Lego Batman info will we get from E3?