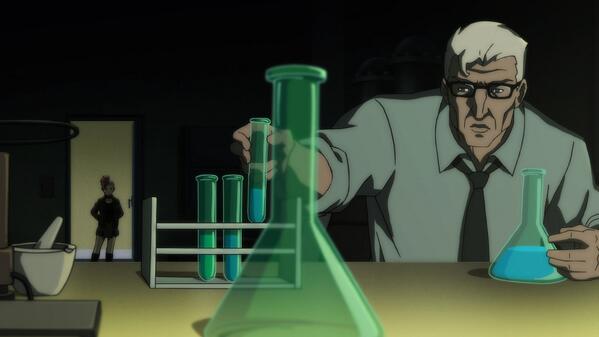 The above image, tweeted out recently by @SuperPRGuy, gives us our first look at Dr. Kirk Langstrom, also known as Man-Bat, in the upcoming DCAU film “Son of Batman.” Available on DVD and Blu-Ray on May 6, the film is based on Grant Morrison’s Batman and Son, and features Jason O’Mara as Batman (continuing to voice the Bat after his debut as the character in Justice League: War), Giancarlo Esposito of Breaking Bad as Ra’s Al Ghul, and Xander Berkeley as Kirk Langstrom, among others. Check out the trailer for Son of Batman below:

One thought on “First Look at Dr. Kirk Langstrom in “Son of Batman””