As you may already know, Batman: Arkham Knight will feature an original villain created by Rocksteady Games, the Arkham Knight. The folks over at the Batman subreddit have been going crazy trying to decipher the identity of the character, as has much of the internet, but among the chaos people have been suggesting that the Knight could be anyone from Jason Todd to Hush to the corpse of the Joker. However, they’ve all been ignoring the obvious, that Rocksteady has said time and time again that the Arkham Knight is a character completely created by them, and I believe it. In fact, I think we’ve already encountered the man who will call himself the Arkham Knight in the new game– I think he’s been around since Arkham Asylum. 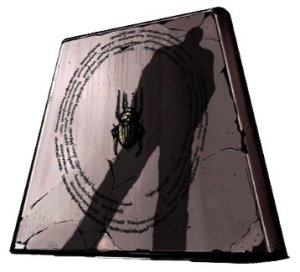 Remember these? Scanning stones like these back in Arkham Asylum revealed details about the “Spirit of Amadeus Arkham,” and giving such messages from the so-called “Spirit” as the following:

Oh right… Quincy Sharp. The warden of Arkham Asylum and mayor of Arkham City. A character who, according to the Batman Wiki, “first appeared in Arkham Asylum,” therefore making him an original character by Rocksteady. This, combined with his desire to cleanse Gotham by any means necessary, makes him a perfect candidate to be the man behind the Arkham Knight persona, especially because nobody will be expecting it. Now, I could be wrong in this, but come October, I want you to remember– if Rocksteady keeps their word that the Arkham Knight is an original character, my money’s on Sharp.

Got your own theory on the Arkham Knight? Let us know in the comments!